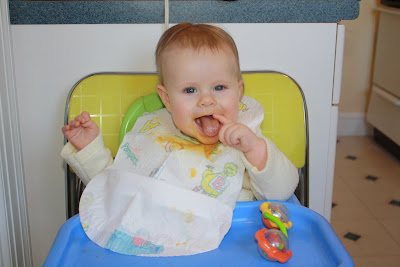 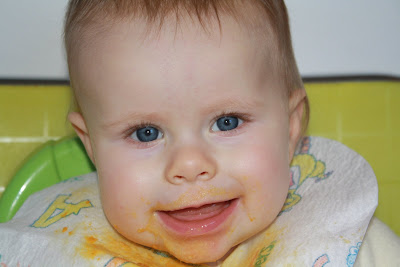 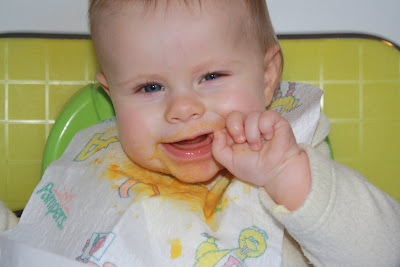 This is my commute: 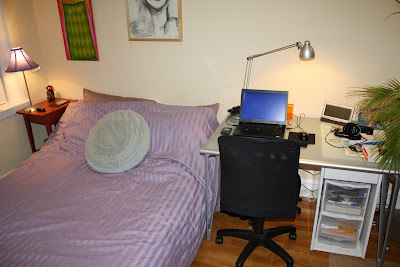 Which leaves me plenty of time to do stuff like this: 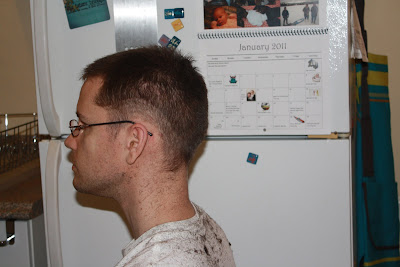 Everyday is Take Your Daughter to Work Day. 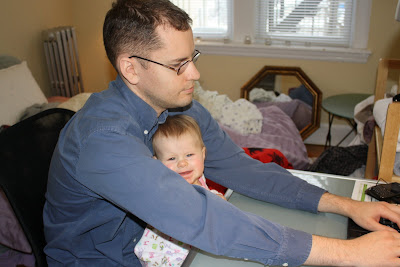 Everyday also seems to be Dump Lots of Snow on New England Day. 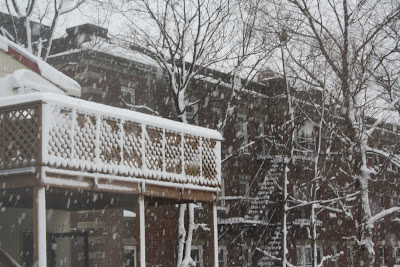 But we weather it well, and I've got my girls to keep me in good company. 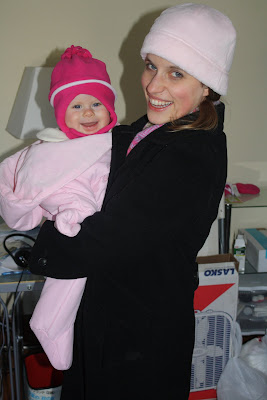 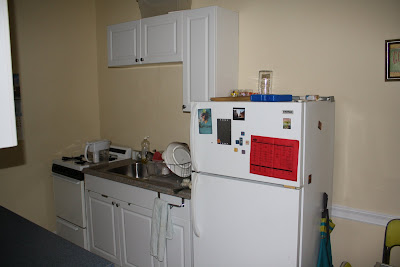 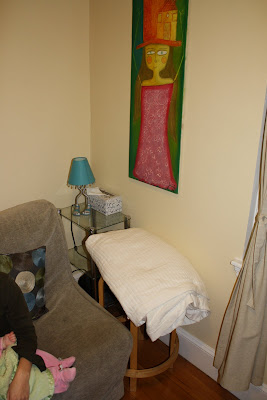 These three pictures are of the office we're turning into Ginny's room. 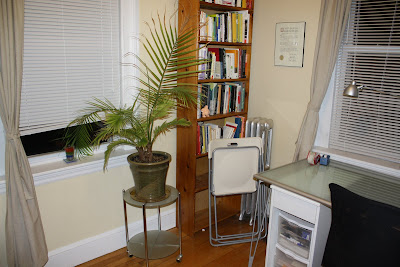 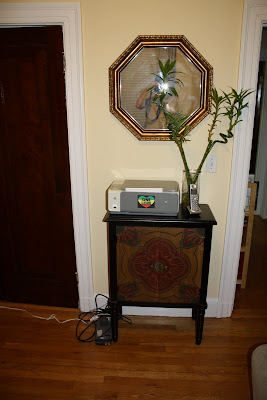 And here's Ginny in the middle of all the chaos waiting to be unpacked. 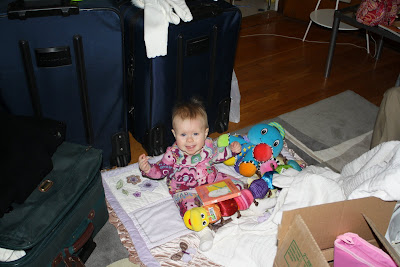 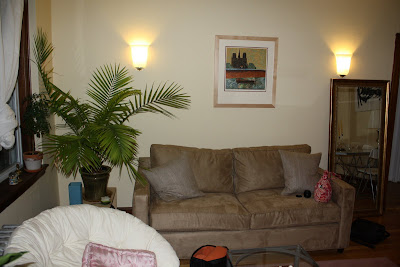 Here are just a few pics of our new apartment. Though it feels kind of funny to call it new...this building must have been built about 100 years ago! It's got a lot of atmosphere. We really like it. 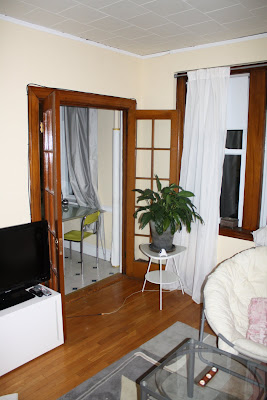 Note: Tim took these pictures before we unloaded anything, so this is how we found it. Currently, it's covered in boxes and bags of stuff waiting to be unpacked. The lady who owns the place is from Europe, which shows a lot in the decor--very Ikealicious. 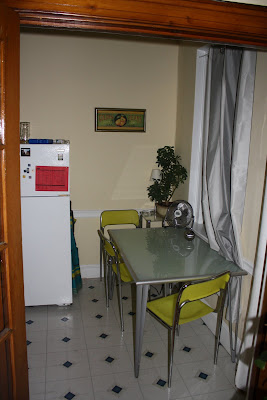 We love the breakfast nook! 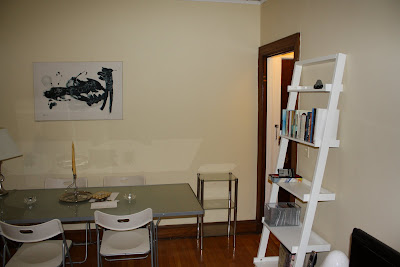 Day one...still tired from the move.

Wow. The last 48 hours have been quite a whirlwind. We're not even supposed to be here yet. We had planned to leave early Saturday morning, but then we learned of a coming snowstorm, so we kicked it into high gear and within 36 hours of deciding to leave, we packed, drove 455 miles north on I-95 (more or less), unpacked (getting yelled at by a grumpy old man for trespassing on his driveway), and crashed on an Ikea futon bed (don't ask how it was, I was too tired to care).
I worked a full day today (from my bedroom...we'll see how long I think that's "wicked awesome"), while Rebecca went exploring to find food. She's now putting Ginny down to bed, and I'm unwinding on the couch.
Here are a few of my favorite things about this apartment:
But seriously folks, so far we are extremely happy with the place, especially since the first time we laid eyes on it was when we walked through the door yesterday. It's nicely decorated and in a great neighborhood.
And a special shout out to Dad, without whose help we would have failed miserably.
We'll try to post pictures soon.
Posted by Unknown at 4:09 PM 2 comments: